A PERFECT DAY IN ISTANBUL

If you have limited time in Istanbul and you want to make the most of it, we have planned a perfect day for you in which you can see the most important sights in the old town and finish with a relaxing sunset cruise on The Bosporus. Avoid the long lines for the main sights with fast entrance accompanied by your guide, witness the rich history of Istanbul with commetary of our knowledgeable guide and put a classy end to the day with a sunset cruise on a luxury yacht.

Sights You Will Visit In This Tour

Sights You Will See from the Yacht

Pick up from your hotel and transfer to the starting point

Visits to the main historical sights in the old city (with lunch break).

BLUE MOSQUE: The Blue Mosque is one of the most prominent landmarks of Istanbul. It is very impressive with its beautiful semidomes, nice courtyards and six slender minarets.

HAGIA SOPHIA: From the Golden Age of Byzantine, this once Christian church is one of the most extraordinary buildings in the history of architecture.

It played a very important role in the Byzantine Empire and later as a mosque in the Ottoman Empire.

TOPKAPI PALACE: Topkapi Palace was more than just the private residence of the Sultan and his court, It was the seat of the supreme executive and judiciary council, the Divan and the training school. Dormitories, gardens, libraries, schools, even mosques were at the service of the court. Attached to the palace were diverse imperial societies of artists and craftsmen which produced some of the finest work in the whole empire.

HIPPODROME AND OBELISKS: The square in front of the Blue Mosque covers the site of the ancient "Hippodrome", one of the most famous areas in Byzantine.

GRAND BAZAAR: The oldest and the largest covered market place in the world is situated in the center of the city.

Trnasfer to the yacht

Witness the enchantment of Istanbul with a 2.5-Hour evening cruise along the beautiful Bosphorus! Aboard the glass-encased luxury yacht, enjoy the city's main attractions at dusk with informative commetary of your guide, savor a delicious tradational Turkish drink (demirhindi) and canapés as you cruise the strait and delight in the magic of Istanbul's urban shoreline as night falls.

Your Most Personalised Bosphorus Cruise Experience in Istanbul

A sunset on the water is an amazing way to end your cruise experience and an equally amazing way to start your evening! Whether it's to impress that special someone with a picture-perfect moment or just appreciate a great time with great mates - a sunset cruise is something everyone will remember.

Few places in the world are as mesmerizing as Istanbul in the setting sun. Aboard an elegant yacht, drinking tradational Turkish drink and nibble on canapés and fruits from tastefully arranged platters, you glide by palaces and minarets, while sailing the Bosphorus on this relaxing cruise.

When dusk sets in, soothing breezes arrive from the Sea of Marmara, and the sky over the city puts on a colorful dress-tinted with shades of orange and rose. The muezzin calls from a towering minaret. Majestic palaces and villas stand still along the strait's banks, as if nothing has changed over a millennium. You breathe in the legacy of ancient Byzantium, Constantinople, and the mighty Ottoman Empire with each breath of fresh, salty air.

Kick back and ride gentle waves in the comfort of a yacht. Watch the city and its iconic landmarks pass by a perfect way to unwind after a busy day of sightseeing. 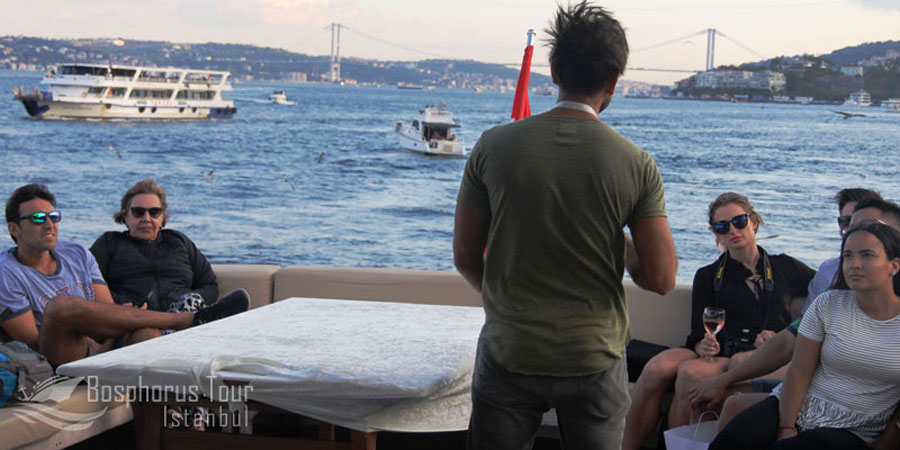 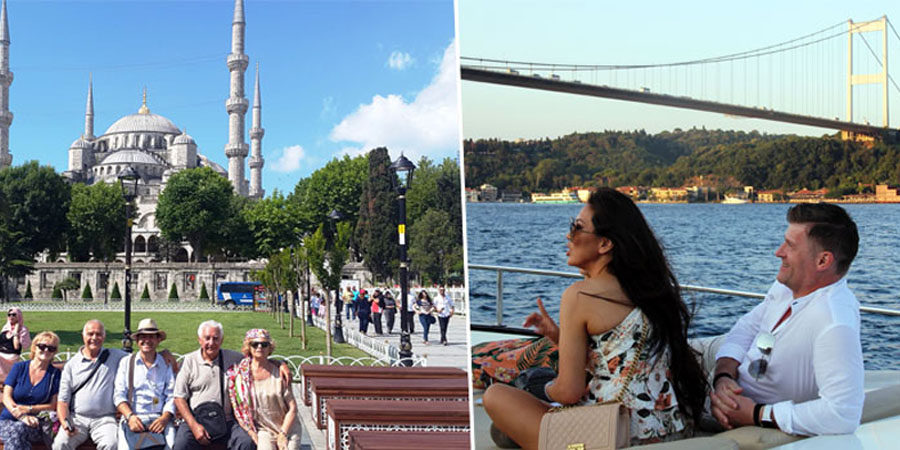 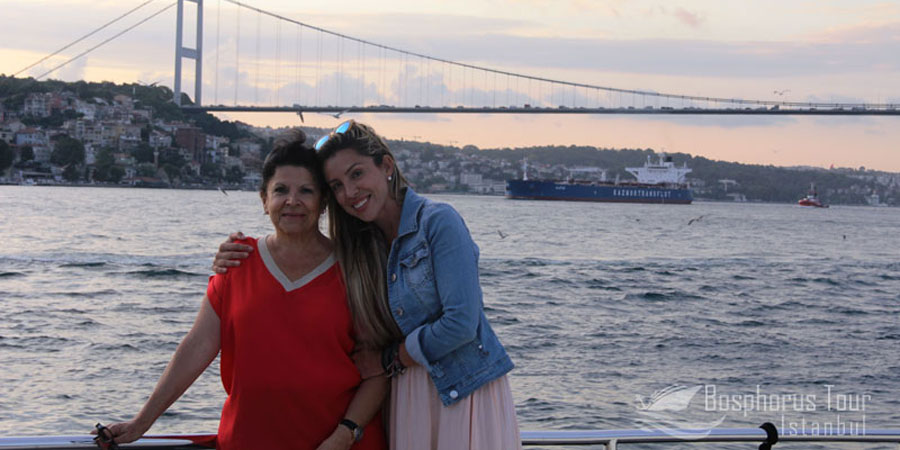 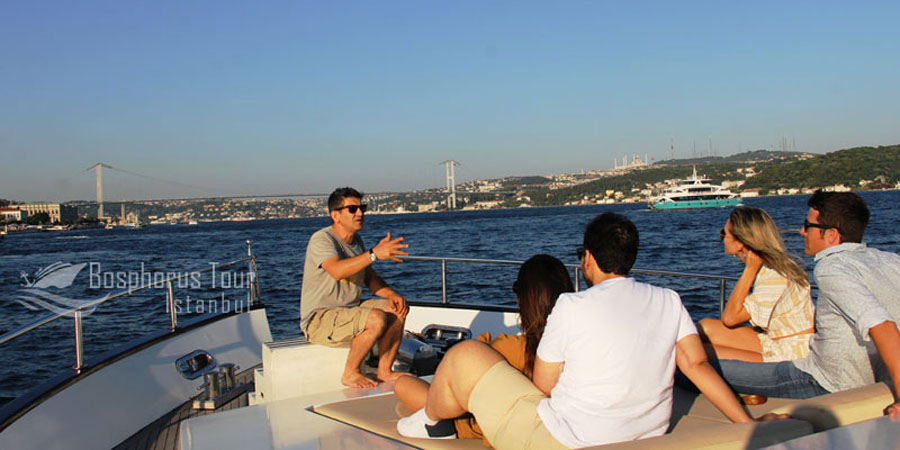 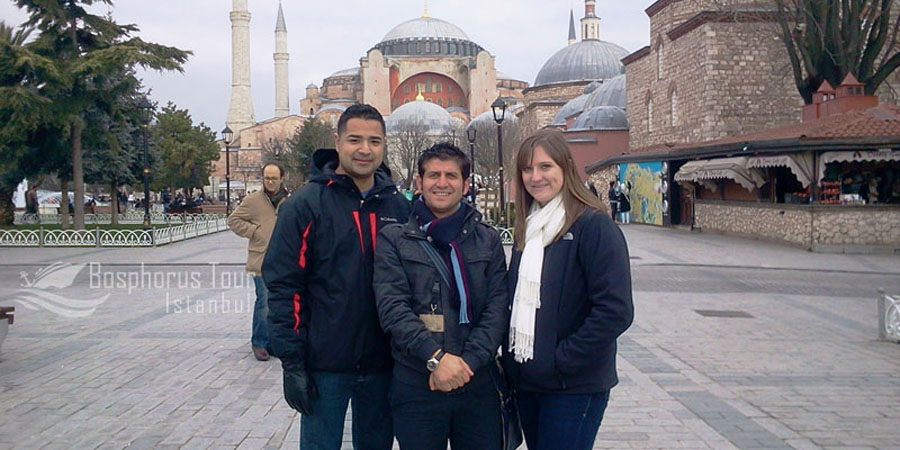 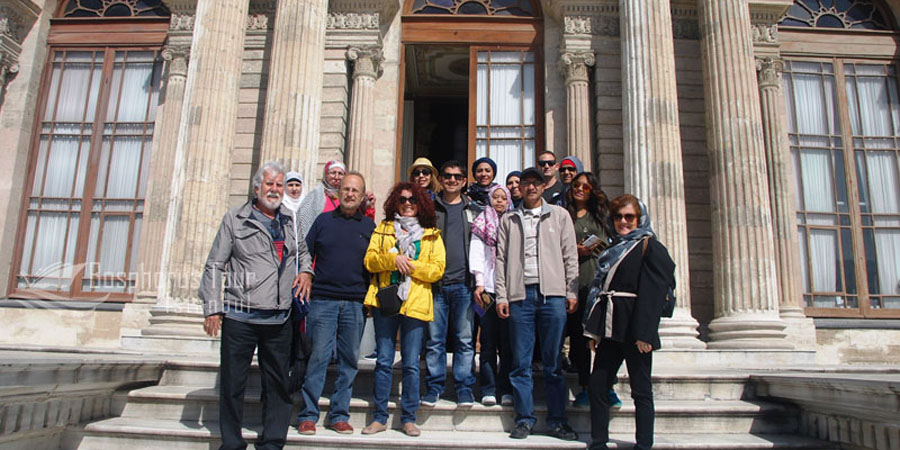 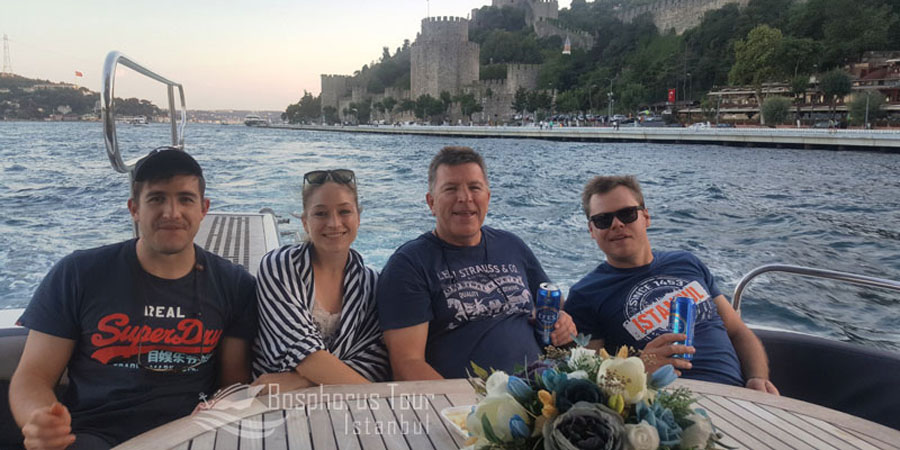 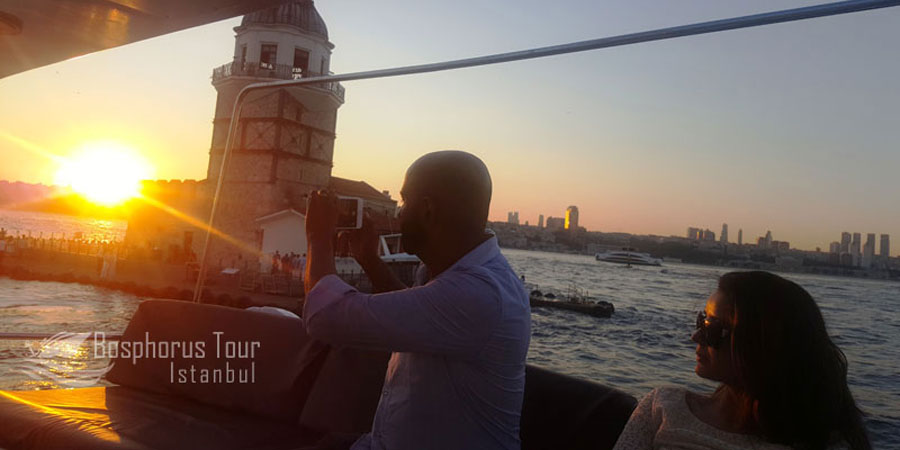 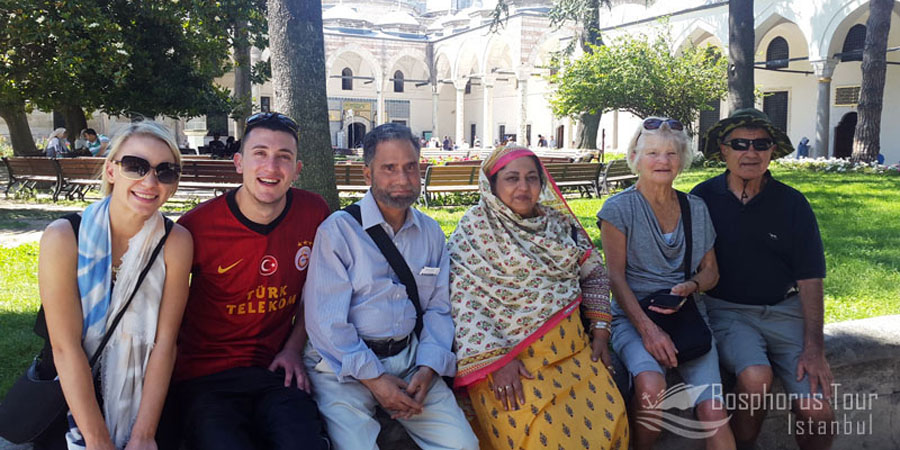 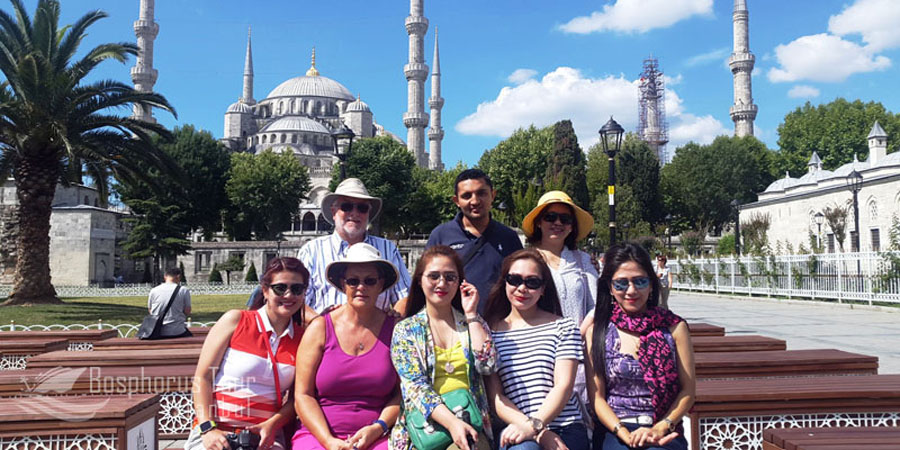 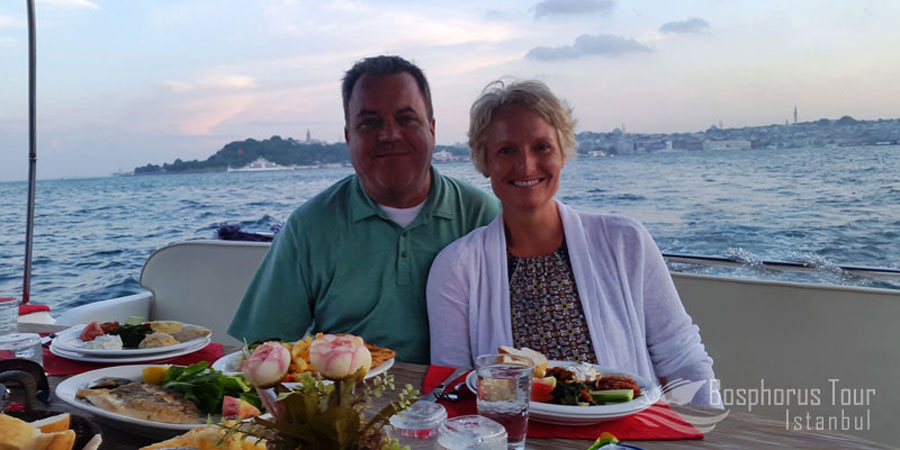 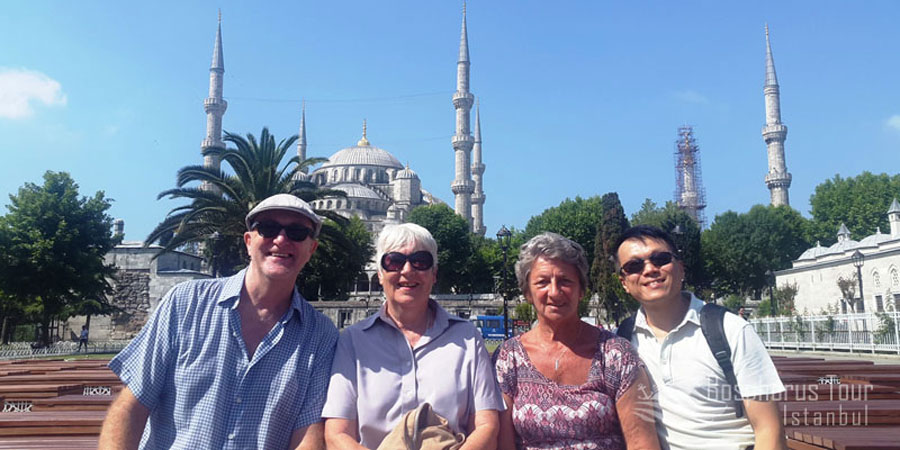 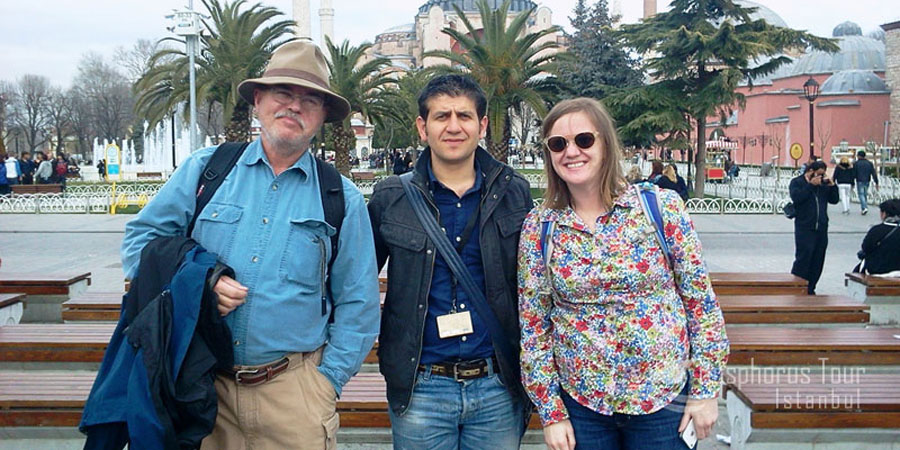 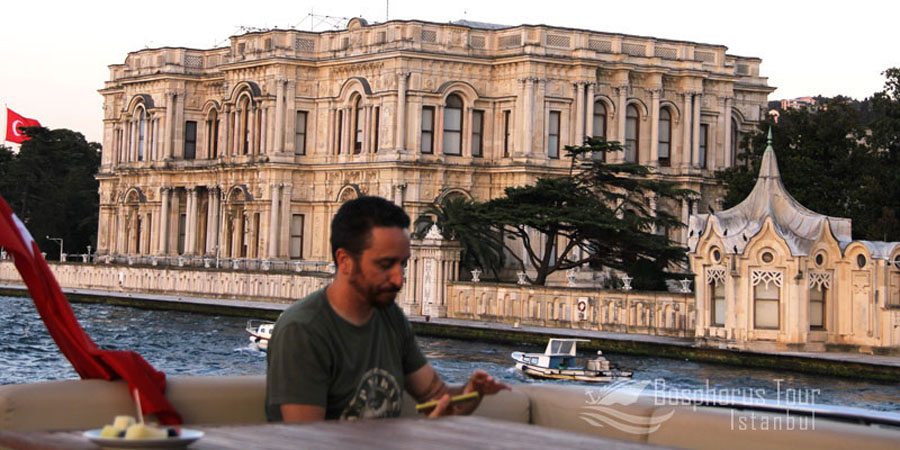 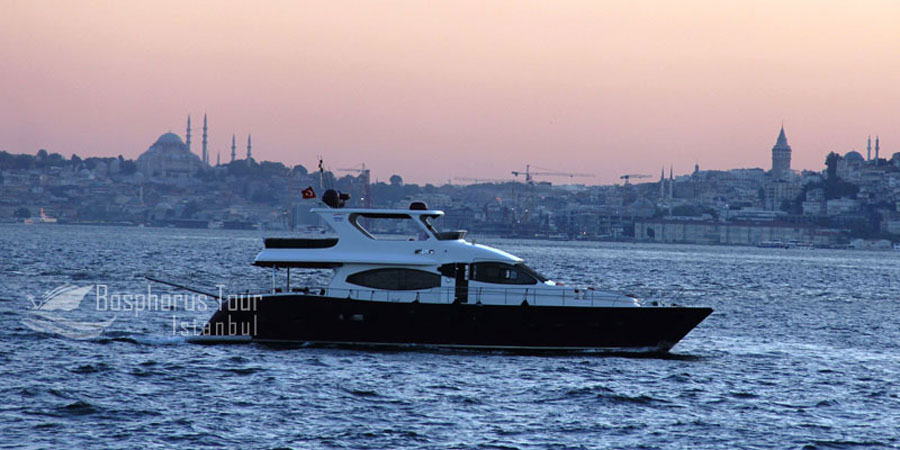 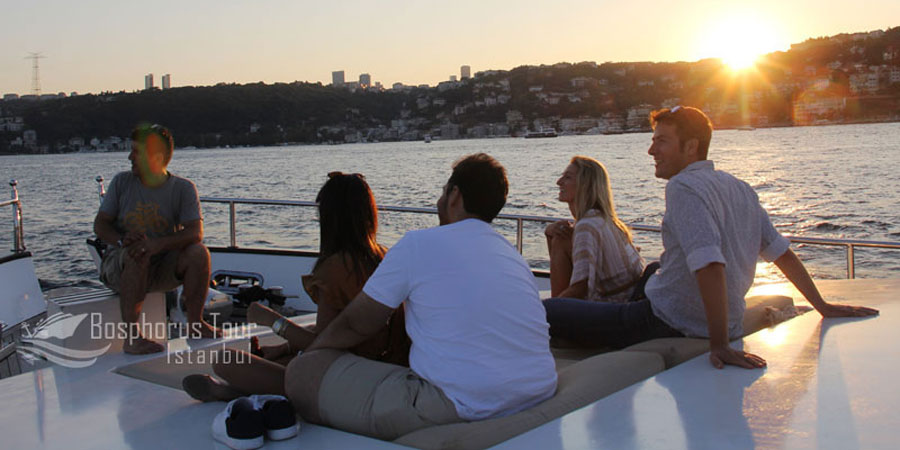 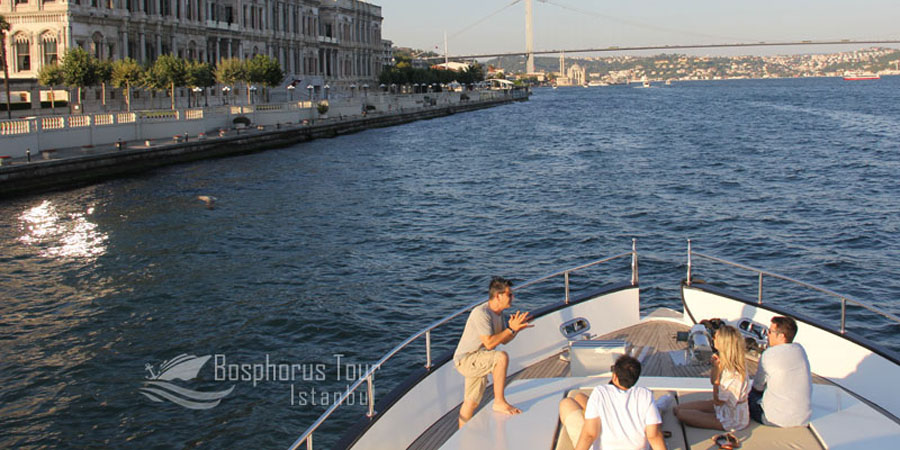 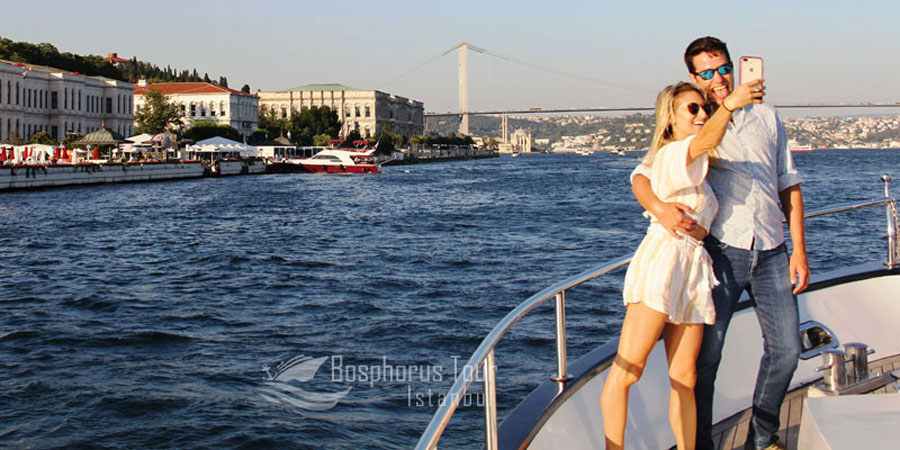 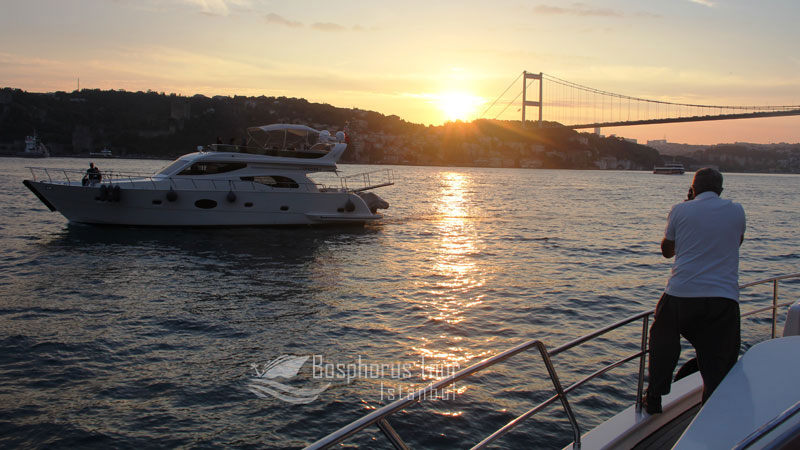 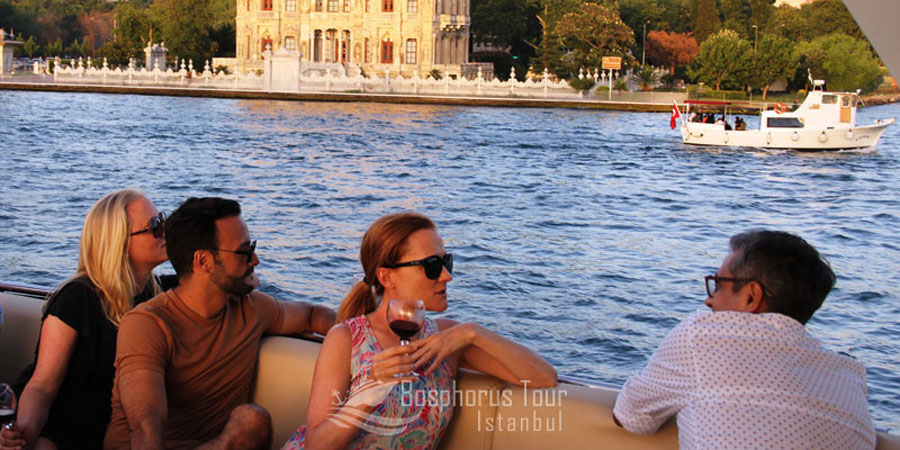 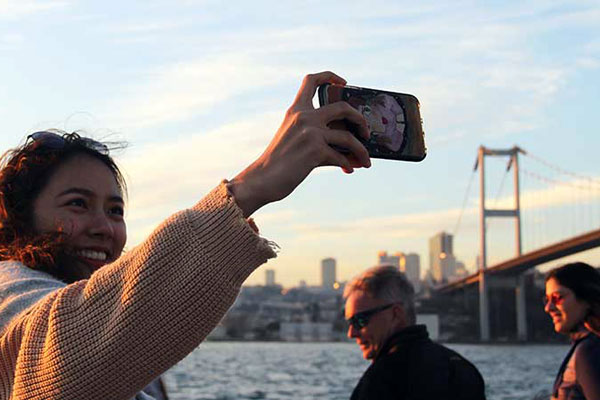 Sunset Cruise Istanbul on the Bosphorus

Witness the enchantment of Istanbul with a 2.5-Hour evening cruise along the beautiful Bosphorus! 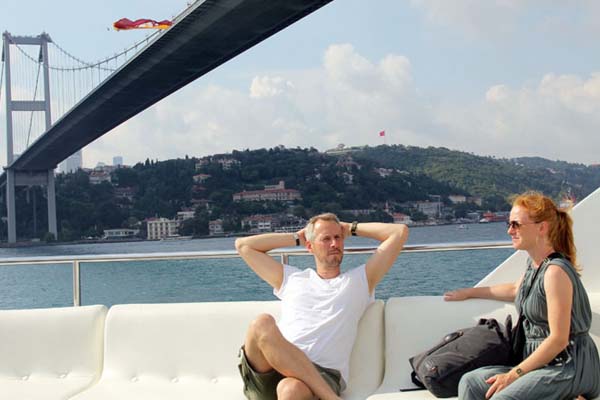 Istanbul Lunch Cruise on the Bosphorus

Enjoy incredible views of Istanbul sailing between two continents on the Bosphorus all the way to the Black Sea... 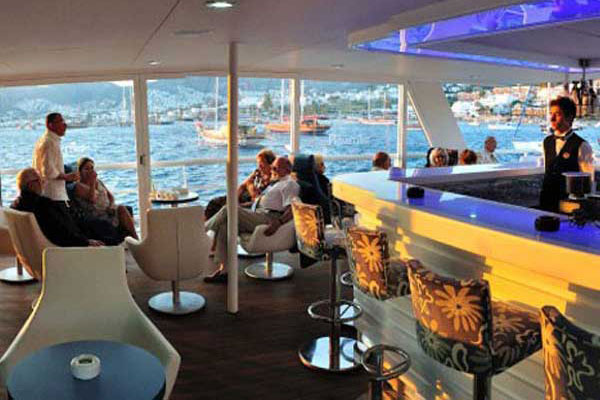 Istanbul Brunch and Swimming Cruise on the Bosphorus

Enjoy the sun and the sea without even leaving Istanbul. Join our Spring brunch tours Open buffet brunch...